Convection Oven vs Conventional Oven - Is Convection Worth the Money? 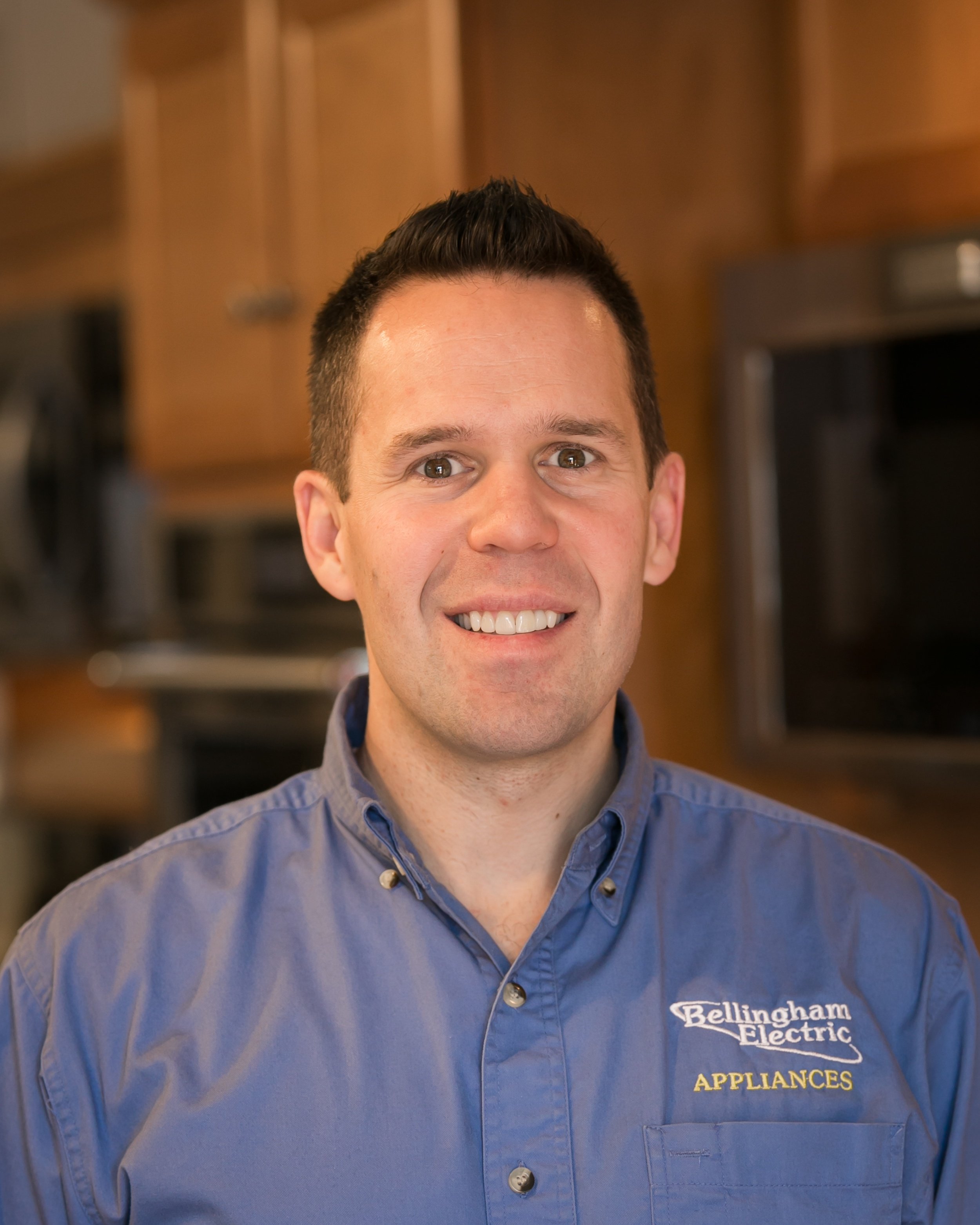 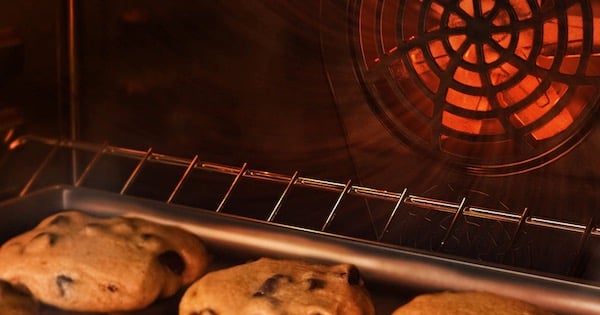 When you are out shopping for a new range for your kitchen, a big question to consider is whether you need convection or not. If you decide you want convection, you'll then need to choose one of the three styles of convection ranges available on the market. In this article, we take a close look at convection and explain the differences between fan convection (regular convection), true European convection, and dual convection. Let's take a closer look at the convection oven vs conventional oven debate!

In a conventional oven, or "still oven," the heat rises from a bake element at the bottom of the oven cavity - a coil that goes back and forth across the width of the oven several times. The number of "passes" the heating element makes back and forth across the base of the oven helps determine how evenly the interior will be heated - in general, you can expect a 6-pass element to heat the interior more evenly than a 4-pass, and and an 8-pass will heat better than a 6-pass, and so on. However, adding convection into the mix is a sure-fire way to help your oven heat evenly from top to bottom.

At the most basic level, the big difference in a convection oven vs a conventional oven is that convection ranges use a fan to distribute the heat more evenly around the oven cavity. This helps your food cook more quickly, but beyond that it also gives a more even cooking result throughout the oven. It can help make sure that heat circulates throughout the oven cavity. If you've ever set up three trays of cookies to bake on three different racks and had one or two trays come out over-done or under-done, convection can help you avoid that scenario!

If you like cooking and have advanced cooking skills, or if you're aspiring to improve your cooking results and intend to do more baking generally, you should consider convection ranges when shopping (and for more info on choosing a new range, check out our range buying guide, too). Convection can speed up cooking times (by up to 25%!), eliminate the need to only use oven racks towards the center of the oven, and make multi-rack cooking more consistent. 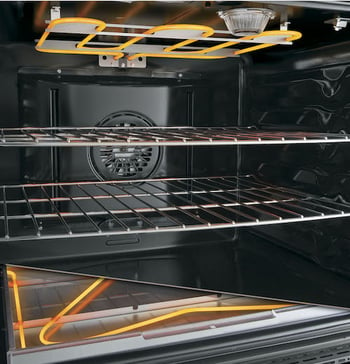 People differ on whether they prefer true convection (or variants like dual convection) over fan convection. Some find that fan convection does a great job on its own and view the more advanced convection styles as overkill, while others like the accuracy of True Convection and the ability to choose specialized modes for roasts, pizza, multi-rack baking, and more.

Different brands offer different variations on high-end convection options. For example, LG's ProBake Convection is a form of true convection that's even available on their gas ranges: the heating element is on the back wall around the fan rather than on the bottom of the oven. GE's True European Convection with Direct Air incorporates a third element, a convection fan that can reverse direction for even better air circulation, and vents in the top of the oven that can blow air from the top down. And that's just scraping the surface of what's available! 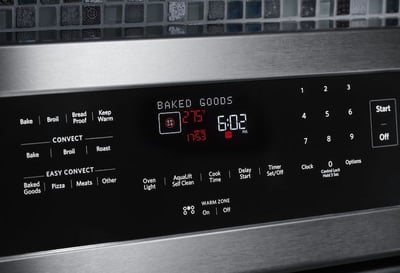 Pros and Cons of Convection - Are There Really Any Downsides?

One of the downsides of convection is the need to adjust recipes made with non-convection ovens to account for the better air circulation. However, several manufacturers now offer convection conversion options, so your range can automatically convert recipes made for "still ovens" to a convection-ready recipe. Basically, a convection conversion feature will automatically subtract about 25 degrees from the temperature and reduce the cook time by 25%. Variables like the type of food being cooked (cookies with short bake times versus a chicken with a much longer bake time) can't necessarily be taken into account - but it's still a big help for people who are unfamiliar with convection ovens. To make things even easier on people new to convection, some brands also offer easy convection options like Convection Bake and Convection Roast to help you get better results without adding more work to the cooking process.

Another downside to convection ovens is that the extra heating element can be a potential extra repair cost if it breaks. However, convection ovens are usually higher-quality models so this is not usually a major concern. Regardless, the repair is unlikely to exceed the value of your appliance or make buying a new oven your best option.

You also can't use convection for everything - some delicate desserts and baked goods may not rise correctly or cook evenly with the fan blowing heat around. Overall, the benefits outweigh the potential downsides:

How Much Do I Have to Spend?

Convection ranges are always more expensive than their non convection counterparts, typically by several hundred dollars. We have electric ranges with fan convection starting at around $800 MSRP, while True Convection models start at around $1,000 MSRP. Keep in mind that holiday sales and package deals can cut the MSRP by about 20-40%! For a gas range with convection you can expect similar models to cost about $100 more (which is typical when comparing gas vs electric ranges).

All in all, it's easy to find a mid-priced kitchen range with convection of some kind!

Remember that there are three different types of convection, and manufacturers don't always make it obvious what type comes with what model. You may have to do a little digging to discover what "UltraHot PowerConvect SuperPro" actually means! And if you're not sure, your local appliance store would be happy to help!

Convection can be used with almost any recipe - it's an almost effortless way to get better results! True convection offers the most accuracy and the most options when it comes to specialized cooking modes. Assuming your budget allows it, consider True Convection if you enjoy cooking and want to get the best results from your oven. Check out the specialized convection settings available on different models and see what different brands have to offer!

Fan convection has the advantage of being more affordable, and it's typically a simple feature so it may appeal to people who don't want to have to learn a bunch of new functions and options to use their oven. If you're shopping for a gas range, fan convection can be a nice feature since temperature maintenance is not as precise in a gas oven compared to an electric oven. It's easy to switch on the convection fan when roasting meats and vegetables to get tastier results with very little effort. (And if you're thinking about getting an air fryer, you can save counter space and just use your convection oven instead!)

Convection ranges are certainly not for everyone, but when comparing a convection oven vs a conventional oven, the benefits of convection are pretty obvious. You can create some amazing culinary masterpieces using a good old fashioned still oven. However, if you are interested in convection, it's nice to know the right questions to ask. In the end, it will be up to you to decide whether it is worth the extra money. Let us know what kind of range you end up purchasing. We’d love to hear from you!

Editor's Note: This blog was originally written in January of 2018 and has been completely revamped and updated for accuracy as of the publication date noted above.