Portable AC vs Window AC - Which Should You Buy? 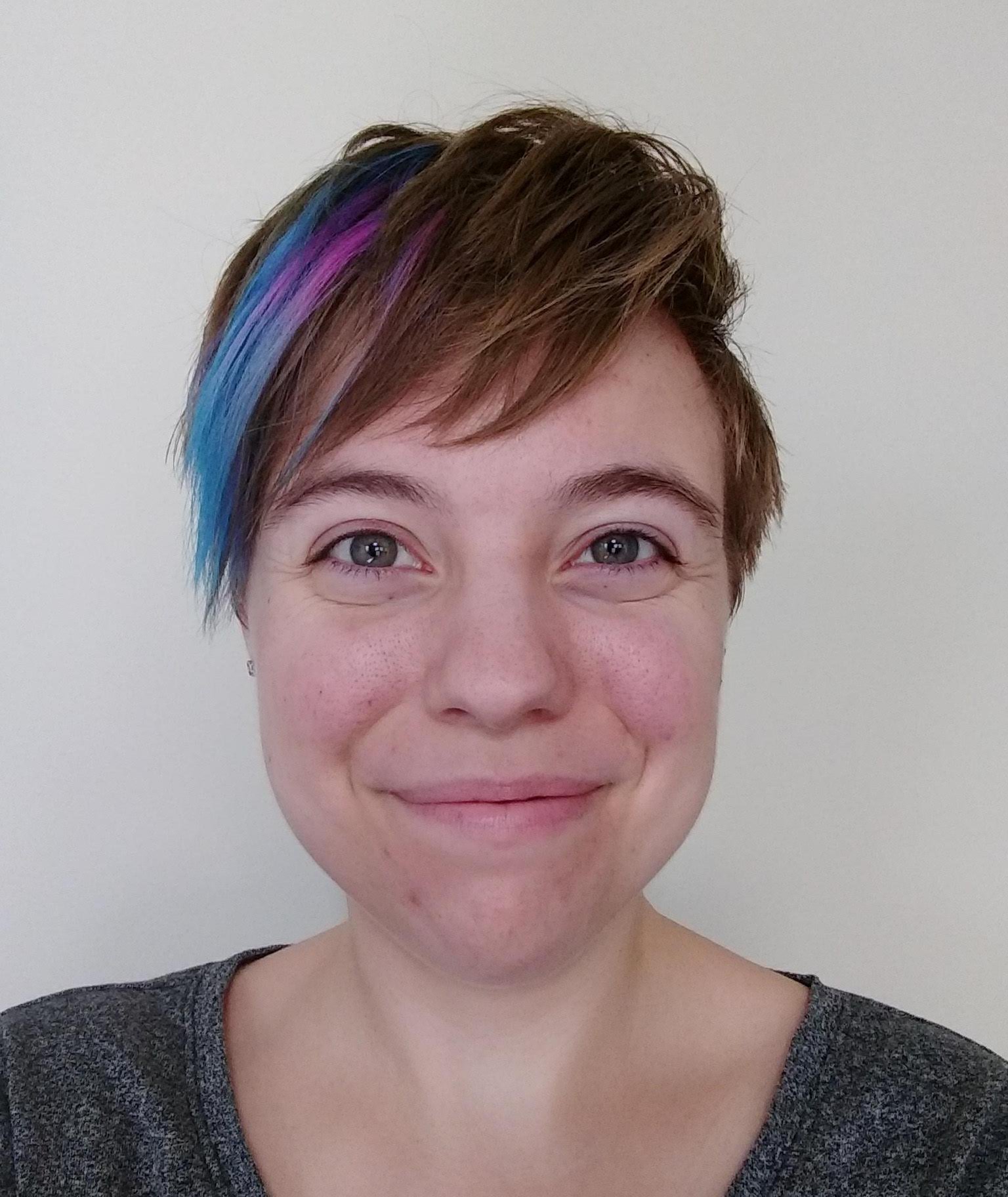 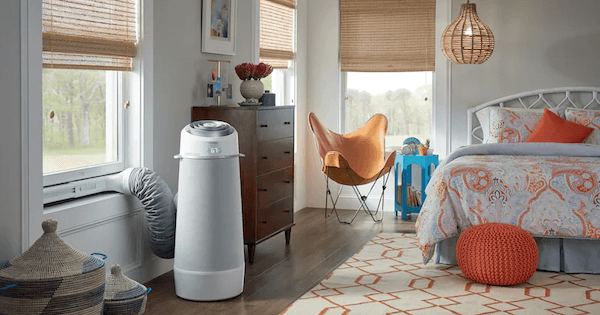 I wrote the first draft of this blog post during winter - and despite my longing for blue skies and sun, I knew that, come summertime, I'd be knocked flat by the heat and humidity! If you're as heat intolerant as I am, you might be desperately researching air conditioners to get you through the summer months. (Check out our air conditioner buying guide if you want even more information!)

I'm here to help you decide between portable AC vs window AC units. The short answer is: portable ACs don't work as well, but sometimes they're the only option. Now, let's dig into the details...

To understand why portable ACs just aren't that great, it's best that you understand the basics of how air conditioners work. The main thing to understand is that air conditioners don't "add coldness" to the air - they remove heat. All types of air conditioners transport heat out of your room or home and vent it to the outside. They suck in warm air, remove the heat, push that heat outside, and then push the "de-heated" air back inside. They also dehumidify the air to some extent, which helps it feel cooler and more comfortable. (Air conditioners that are too large for the space won't run long enough to dehumidify the air, so you can feel cool but clammy as a result. Find the right AC size here.)

Importantly, air conditioners produce heat when they operate. With window air conditioners, the "hot side" containing the compressor and condenser is facing out of your home and is cooled by the outside air. The same goes for central AC and ductless mini splits - a system of ductwork and pipes carries the air between the fan and blower inside and the noisy, heat-producing compressor and condenser located outside of the home.

The big problem with portable units: the "hot parts" are all located inside of your house! 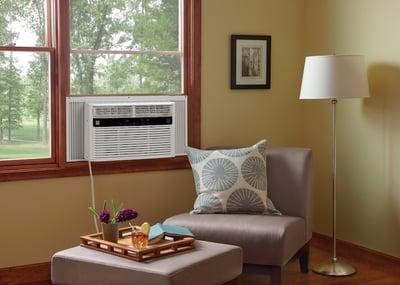 The Weaknesses of Portable ACs

Portable ACs don't have a way to efficiently vent the heat of their own machinery in operation to the outside, and they're also not always very good at blowing heat through their tubing to the outside (heat can even leak out from the tubing itself, back into your room). A portable air conditioner uses the same indoor air it's trying to cool down to absorb the heat from its machinery. On top of that, using a single hose to push hot air out of your home creates a pressure difference that can result in more warm air being pulled into the room from other areas of your home or even from outside.

As a result, they require an adjusted BTU rating to account for this - often referred to as the DOE BTU rating (DOE = the Department of Energy). So a portable AC unit with a base rating of 14,000 BTUs may have a DOE rating of 10,000 BTUs... or even less.

And that's not all - the Department of Energy has more rigorous testing for window air conditioners than it does for portable air conditioners (Source). So in the contest of portable AC vs window AC, even a portable unit with the same DOE BTU rating as a window unit won't necessarily perform the same.

On top of that, portable units are typically noisier than window units since the compressor and condenser are all operating inside of your room rather than through a wall or window, and can't be insulated as efficiently as a result.

If you're shopping online, make sure to compare Energy Guides. We're going to delve into this more deeply later.

If you want to watch a thoughtful science-y takedown of portable ACs and why they don't work as well and are so much noisier than indoor units, including actual comparisons of the noise levels while in operation, this video by Technology Connections does a great job:

How do the advantages and disadvantages of these two types of room air conditioners compare? Let's see...

Who Should Buy a Portable AC?

So despite the superiority of window air conditioners when it comes to performance and efficiency, there are still cases where a portable air conditioner wins out. For example...

One way to get a portable AC that performs better is to look for a model with two vent hoses.This helps prevent the negative pressure issue that can pull more warm air into your home. However, they're not as common as single hose models. They may offer the most advantage when temperatures are in the 90s or when you want to cool a large space.

Whether you get a single hose unit or find the rare double hose option, thoroughly insulating the area around the window vent to reduce air leakage is a must.

If noise is a concern, try to go to a store where they actually have floor units plugged in so you can listen to them yourself! Hint: check your local appliance store rather than the big box chains! 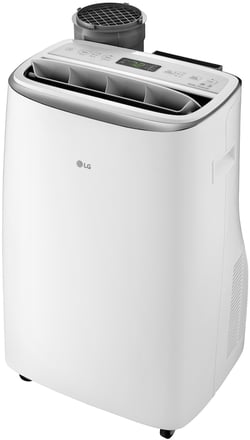 Who Should Buy a Window AC?

And in particular if you need to cool a large space, then a window air conditioner is probably a better option over portable models. If either a portable or window AC is an option, a window unit is generally a better choice. 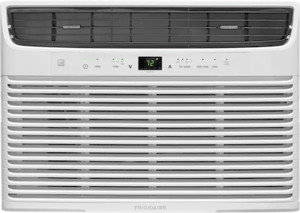 Perhaps this would be better defined as "obstructive" labeling, and it's more of an issue online where you can't see the Energy Guides adhered to the appliances in person and easily compare them. Sometimes the energy guides aren't available online due to oversights and website errors.

If you're going to buy a portable air conditioner, pay attention to the CEER and the DOE BTU rating (sometimes listed as the DOE SACC rating). An easy way to do this if you're shopping online is to make sure you're looking at the Energy Guides for each product in PDF form, not just the specs listed on the website you're browsing.

Sometimes you will only see the EER (Energy Efficiency Ratio) and not the CEER (Combined Energy Efficiency Ratio). They are a ratio of the appliance's power usage to their BTU rating or cooling ability. A higher number is better in both cases. The EER and CEER sound similar, but they are two different standards. Many energy efficient window air conditioners are around 11-12 CEER or higher as of this writing, and their numbers don't vary too much between the EER and CEER. However, the EER and CEER ratings are very different when it comes to portable ACs. Typically the EER will be about double the CEER.

This is namely because the CEER uses the adjusted DOE BTU rating rather than the old ASHRAE BTU rating standard. Portable ACs began receiving the DOE SACC rating in 2017 in addition to the ASHRAE rating. The adjusted DOE BTU rating reflects factors such as the heat that the portable unit exhausts into the room it's trying to cool. As a result, the DOE rating is often around half of the ASHRAE rating that is typically listed first for the product - so an 8,000 BTU portable AC unit is actually better suited to a 150 square foot room rather than a 350 square foot room. And even then, it's going to cost about twice as much to run compared to a window AC.

Again: make sure to compare Energy Guides to get the most accurate picture of the unit's cooling power and cost to run. You can also do the math yourself if you have the unit's wattage and the kWh cost for your electricity:

(You can adjust the hours per day and total number of days based on your AC needs, but 8 hours per day for 90 days out of the year is the estimated annual cost you'll find on energy guides.)

In conclusion... window air conditioners are better, and portable ACs work okay if you don't have other options. If you are especially interested in saving money on utility bills, a window AC is the clear winner.

Please leave us a comment below - We'd love to hear from you!